About the James Webb Space Telescope 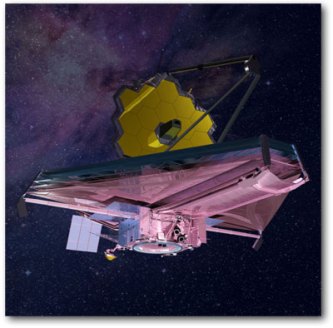 The James Webb Space Telescope (sometimes called JWST or Webb) is a large infrared telescope with a 6.5-meter primary mirror.  The telescope was launched on an Ariane 5 rocket from French Guiana in December of 2021.

JWST is the premier observatory of the next decade, serving thousands of astronomers worldwide. It will study every phase in the history of our Universe, ranging from the first luminous glows after the Big Bang, to the formation of solar systems capable of supporting life on planets like Earth, to the evolution of our own Solar System. JWST was formerly known as the “Next Generation Space Telescope” (NGST); it was renamed in Sept. 2002 after a former NASA administrator, James Webb.

JWST is an international collaboration between NASA, the European Space Agency (ESA), and the Canadian Space Agency (CSA). The NASA Goddard Space Flight Center is managing the development effort. The main industrial partner is Northrop Grumman; the Space Telescope Science Institute will operate JWST after launch.

Several innovative technologies have been developed for JWST. These include a primary mirror made of 18 separate segments that unfold and adjust its shape after launch. The mirrors are made of ultra-lightweight beryllium. JWST’s biggest feature is a tennis court sized five-layer sunshield that attenuates heat from the Sun more than a million times. The telescope’s four instruments – cameras and spectrometers – have detectors that are able to record extremely faint signals. NIRCam uses 10 such detectors to produce images with exquisite details. One instrument (NIRSpec) has programmable microshutters, which enable observation up to 100 objects simultaneously. JWST also has a cryocooler for cooling the mid-infrared detectors of another instrument (MIRI) to a very cold 7 K so they can work.

The Near Infrared and 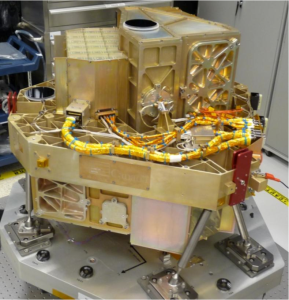 Canada’s contribution to JWST consists in two instruments mounted back to back. The Fine Guidance Sensor (FGS) is an infrared camera capable of locking on a star position with a precision of 6 milli arcseconds at 50 Hz. FGS is one of many components required to make the telescope work but will not in itself make science observations. It ensures that the telescope keeps its pointing with high accuracy as long as an observation requires. However, the Near Infrared and Slitless Spectrograph (NIRISS) is a full fledge science instrument with 3 modes of operation to measure the atmosphere of exoplanets, the spectra of distant galaxies and study objects with very small apparent separations on the sky. NIRISS uses an infrared camera sensitive to wavelengths between 0.6 and 5.0 microns.